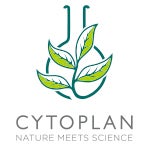 Very recently I had my antioxidant level measured and was told that the reading was really good … for an old ‘un! How cheeky is that? I did however have a reading higher than my very healthy 25 yr old daughter so I was feeling quite proud of myself. To be honest, I was really feeling quite smug.

Wishing to share this wondrous testing with others, I arranged for attendees at my last Raw Food Pot Luck event to also have the opportunity to have their antioxidant levels read. A group of about 20 healthy individuals gathered, we ate wonderful raw food, and had a fun time catching up with old faces and making new friends too. One by one everyone disappeared into the room to ‘have it done’.

Well the results were amazing! Indeed surprising in some cases. Some people were concerned at how low their reading was, and others overjoyed that their diet and lifestyle choices were validated as making a difference.

However, it became evident that my ‘really good result for an old ‘un’ was actually very average. Hmmm … I don’t do ‘average’! So a gauntlet was thrown down, and a number of us decided to make changes to diet and/or supplementation levels, get re measured after 90 days and see if there is a significant improvement. I have absolutely no doubt there will be changes, but it will be interesting to see how my choice of following diet alone compares to supplementation.  I’ll  be following my on-line programme YourNewLifePlan which I know is BURSTING with wonderful antioxidants! This challenge will prove it.

WHAT IS AN ANTIOXIDANT?

Firstly it’s important to understand exactly what antioxidants are. They are a group of compounds found in food and are often presented as being a panacea to fight disease, protect our memory and be the perfect antidote to aging. You most commonly see them referred to as vitamins A, C and E, beta-carotene, and the mineral selenium, but there are many others.

Antioxidants help fight oxidation, which is a normal chemical process that takes place in the body every day. It can be accelerated by stress, cigarette smoking, alcohol and the contraceptive pill. When there are disruptions in the natural oxidation process, highly unstable and potentially damaging molecules called free radicals are created. Oxygen triggers the formation of these destructive little chemicals, and, if left uncontrolled, they can cause damage to cells in the body. It’s much like the chemical reaction that creates rust on metal, or turns the surface of a cut apple brown.

Free radicals are atoms or groups of atoms that contain an odd number of electrons. They can be formed when certain molecules interact with oxygen. Once formed,

free radicals can start a chain of damaging chemical reactions. The biggest danger to the human body is their potential to react with cellular components like DNA or the cell membrane, causing cells to function poorly or die.

Free radicals are not only generated by the body, they are present in foods you eat as well as in the air you breathe. Some even come through exposure to sunlight that can harm the eyes and the skin. Free radicals can trap a low-density lipoprotein (LDL) in an artery wall and begin the formation of plaque; they can damage DNA; or they can change the course of what enters and leaves a cell. Any of these actions can be the start of a disease process.

How the Body Defends Against Oxidative Stress

WHICH  FOODS ARE GOOD SOURCES OF ANTIOXIDANTS?

Antioxidants vitamins are found primarily in plant foods with the antioxidant minerals, selenium and manganese found in small quantities in meats and seafood. The list below shows just some of the food sources you should include in your diet on a regular basis.

There is a huge range of antioxidant systems within the body, and scientists haven’t yet determined exactly how all the different systems work together in our bodies to protect us from free-radical damage. No one antioxidant can provide the protection offered by the many antioxidants working together. Therefore the best way to get a variety of antioxidants in the diet is to eat foods that represent all the colours of the rainbow, as each colour provides its own unique antioxidant effect.

Scientists began to theorise that free-radical damage was involved in the early stages of atherosclerosis and might play a role in the development of many other chronic medical conditions in the 1990s. Studies at the time suggested that people who ate few antioxidant-rich fruits and vegetables had a greater risk of developing these medical conditions. So began several clinical trials in which antioxidant supplements like beta carotene and vitamin E were tested for their protection against heart disease, cancer, and other conditions.

As a result, “antioxidants” became a buzzword in the ’90s, and their benefits were glorified by the media, by the food industry who began labelling foods as “rich in antioxidants,” and by the supplement industry as they began hyping the health benefits of antioxidant supplements. They were even promoted as anti-aging ingredients in beauty products.

However, the research results were mixed and the anticipated benefits were not clearly present. While some trials reported beneficial effects, others didn’t produce expected or consistent results. Despite this, antioxidants are still being promoted as food additives and supplements that can prevent a plethora of medical conditions including heart disease, cancer, cataracts and memory loss, and they are still advertised as active ingredients in anti-aging products.

Important for the Eyes

However, perhaps the most promising area in antioxidant research is the area of eye health. A study found that a combination of the antioxidants beta carotene, vitamins C and E, and the mineral zinc reduced the risk of developing advanced stages of age-related macular degeneration (AMD) in those who had intermediate or advanced AMD in one eye.

IS THERE ANY HARM IN TAKING ANTIOXIDANT SUPPLEMENTS?

Whether they are taken singularly or in combination concoctions, the long term effects of supplemental antioxidants are not yet known. Dietary supplement manufacturing methods are not always standardised, how well they work and their side effects can differ between brands or even within a brand. The form of a dietary supplement purchased in a chemist or health food store is probably not the same form used in research, and little or no research may be done on their safety, purity and effectiveness.

As a naturopathic nutritional therapist I prefer to work with the food Nature has provided for us, packaged beautifully with no labels, additives or preservatives to cause oxidative damage to our lovely cells and organs.

There is plenty of research that suggests that whole grains, fruits, and vegetables, all of which contain extensive networks of antioxidants, are beneficial to health. Therefore, until there is more conclusive research, the best source of antioxidants has to be from a diet rich in a variety of colourful fruits, vegetables and whole grains.

And I can’t wait to see how my levels have improved in a few months time, by including all the colours of the rainbow as much as possible in my diet!

This entry was posted in blog. Bookmark the permalink.